We were stuck in rainy and cold San Francisco summer days and honestly, got a phone call dropped from heaven. We had rented bikes, it started to  rain and for the ones who don’t know San Francisco is very hilly, don’t think I need to explain much more. Going back to that phone call, it was our friend Sean (that we met back in Sequoia NP), he was running out of quarters so there wasn’t much of a catch up, was more like this:
Sean: hey dude, where are you??
Connan: heeyyyy br…
Sean: enough! we are in Tuolumne meadows, got a camp site for 4 nights, spot 17A see you here! say hi to cali and bali for me! chaooooo’
Basically we dropped the bikes on the spot, got on the RV and started driving to Yosemite, again, for second time but in a part where we haven’t been yet, perfect weather, good friends, what else could we ask for?!
Got to the camp site late at night, the guys were still up having some IPA’s with two other dudes they met a couple of days ago. For the nomads, having free camping on an actual campsite is a luxury, so they  basically invited all of their friends that were in the area to join.
Next day we took the morning very easy, had an amazing breakfast. There is nothing better than camping with friends, mainly because everyone contributes with something yummy to share and you end up having an big festive meal. At some point I heard someone say ‘what are we doing today?’ the answer was ‘beer boulder Wednesday!!’ (Honestly, I don’t know if it was actually Wednesday or they were just saying it cause they wanted to drink beer while climbing). Power breakfast and of to some bouldering with the guys. We hadn’t  climbing at all in the past 4 months or so, so we were very rusty. It was a good warm up for the next day. The nights were about eating and drinking like champions, and days were about climbing and having fun. We went to daff dome, our first experience with trad climbing, we didn’t lead anything, but got a chance to test the equipment and see how it worked (out of the regular tutorials and books we read about it).
I guess it was Sunday, we took of Tuolumne meadows through the Tioga pass, a very high and steep climb if your going into de park, or a very steep descent if your leaving the park into Lee Vinings. One of the guys said there was a festival there, at The Mobile of Lee Vinings, we thought he was messing with us, but it was true, hell, it was epic! It looks like every Sunday there are bands playing on the park of the gas station, and every rock climber in Tuolumne meadows goes back to town for this party. We celebrated our friendship with Jordan, KC, Sean an Tyler, drinking so many beers and having so much fun dancing to bluegrass (our first time!) that we forgot to take the camera out, sometimes its only about enjoying and taking mental pictures. As good dirt bags we are, we stayed there for the night, on the top loop above the mobile gas station. The night ended but the party continued with the bands playing on the parking lot. That was an epic night to remember! that one and the next one to come!
Next day we woke up with a beautiful hang over, in a high 6700ft (2000 m) altitude its even worse. Drove to June mountain, a small and beautiful mountain town off the 395, leisure day on the coast of the lake for not that long because of the hang over, well, what can you do if you have a massive one? Drink more beer! and if there is something in the west coast is breweries, it wasn’t difficult to find the June Lake brew house.  We had some flights to taste while munching delicious Hawaiian food from a food truck right in front of it, then we refilled our coolers and off we went to Hill Top Hot springs.
I remember going to this hot springs like 10 years ago when I was a snowboard instructor in Mammoth mountain, it is one of those places that everybody heard about but only a few get there cause its kind of tricky how to get there. There are like 10 tubs on both sides of the road, so you have the big ones, the small ones and the medium ones.
We got there late afternoon, we found one with no one there and since it was 6 of us, we basically proclaimed it ours for the night, jumped in, drank beers enjoying the sunset view and people started to show up, from our original party of 6, we ended up being more than 15 in the tiny tub. well, lets say it was a night hard to forget. There was day hike mike, naked lady, army couple from Colorado, NASA retired old guy, and crazy Santa cruz dude and many other people! The six of us never got out of the tub, and other people kept rotating, some didn’t even make it to the tub because our dogs kept scarring them away, the only one who stayed with us was Mike. We ended up staying for seven hours in there, after that it was time to end the epic day. The next day was time to say goodbye and each go our own separate ways.
Life on the road makes great friendships. 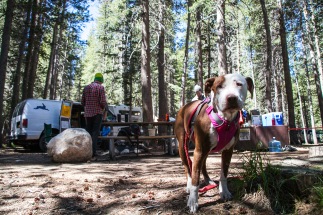 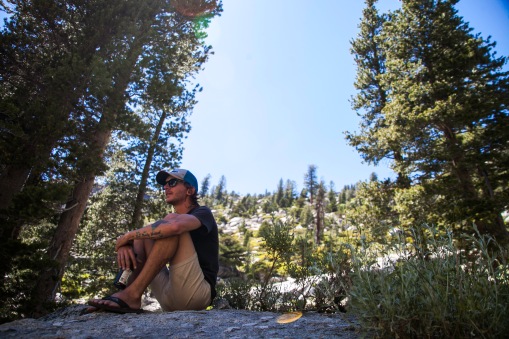 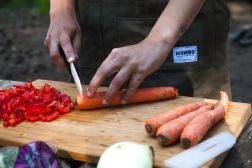 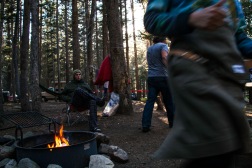 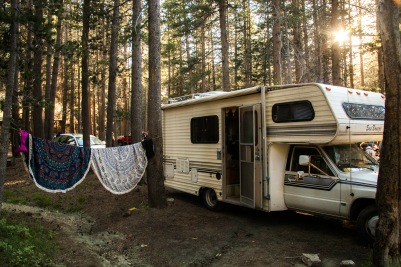 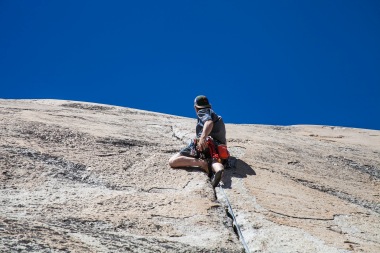 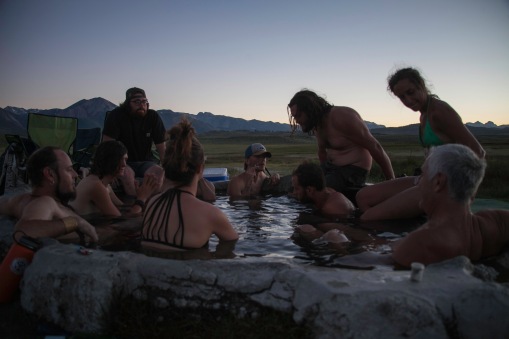 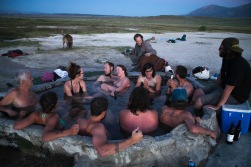 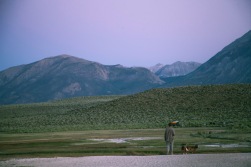 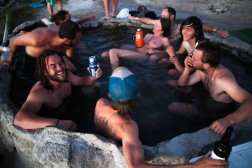