After leaving Baja Norte, our first stop was the first town of Baja Sur, Guerrero Negro. A town that its main tourist attraction is Whale Watching. One of the biggest salt mine companies was established there around 1950’s around the coastal lagoon Ojo de Liebre due to its strong salinity. That same lagoon is where whales migrate from Alaska to spend the winter mainly to mate, and give birth. As the salt mine, they choose the lagoon for the same reason! The high levels of salt in the lagoon makes it easier for them to float.

As soon as we arrived we booked a tour with Mario’s Tours (www.mariostours.com) which they happen to also have a great restaurant, where of course we had many margaritas, and an Rv park. Perfect to take a hot shower, spend the night and early in the morning go see the whales! I was so excited that I had a hard time sleeping.
Next morning with a group of 10 people we headed on a bus to the lagoon. Important info! To get there you have to go into the salt companies territory, so they wont let you in on your own. Interesting seeing the salt mine going for kms and kms and the huge ships transporting tons of salt! (only a very small percentage of  it is used for table salt consumption, most of it goes to industrial use). We finally get to the lagoon, eager to see the whales. They were estimating around 600 whales in that lagoon in those days. So yes, we saw many of them! It was so beautiful. My soul is in complete happiness when I get to see animals in their own, wild, habitat. At first they were shy, and little by little they started getting closer to the boat specially the mommas with their calves. They are so proud of their babies that they get very close to you to show them. It is crazy how they are not afraid of people. They breathe through blow holes so they go up to surface every few seconds, the lagoon looked like an orchestra of blow holes all around and when the sun reflects on them you get to see mini rainbows. Magical! The tour lasted around 3 hours, which is a descent amount of time to see whales, although we would have loved to spend the whole day floating around them.

Next day, off to explore the rest of Baja Sur!

Facts about Gray Whales:
– Believed to be the longest annual migration of any mammal. Traveling around 20,ooo kms from Alaska to Baja California back and forth.
– Breeding behavior is complex and usually involves a female and two males (its not a threesome, the 2nd male helps by pushing closer the female to get the job done)
– Gestation period is 13, 1/2 months
– live approximately 70 years
– humans and orcas are their only predators. Since 1949 in this area hunting  was forbidden. They switched hunting to touring.
– As of 2001, the pacific ocean gray whale population has grown to about 26,000.
– they have a double blow hole V shaped, connected directly to their trachea, not being able to breathe from their mouths makes it imposible for them to choke on food.
– They are Baleen Whales, which means they don’t have teethes. Looks like a big bristle brush, which work as a filter when feeding on crustaceans. 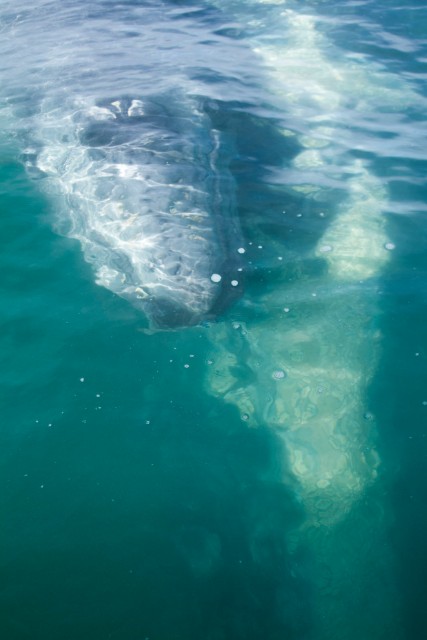 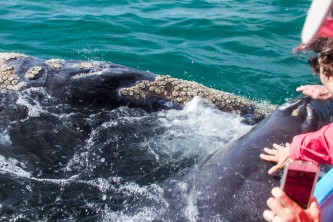 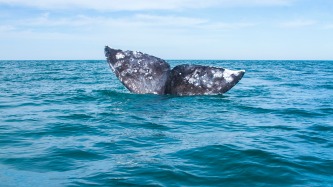 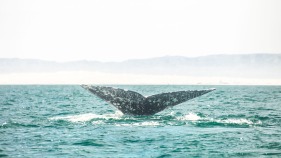 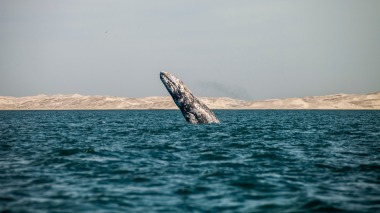 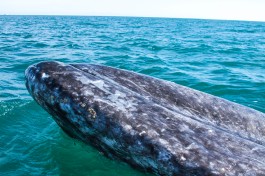 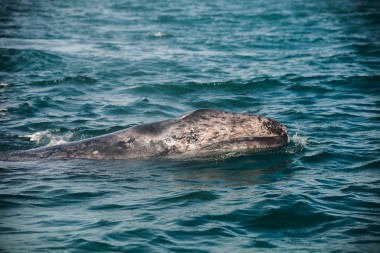 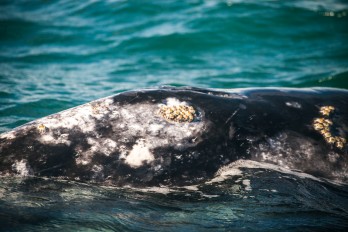 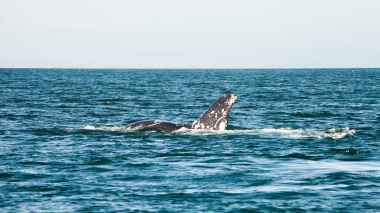 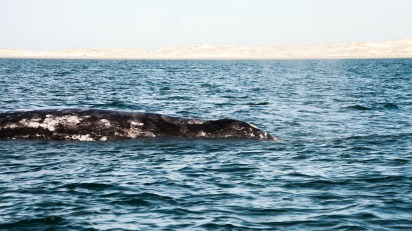 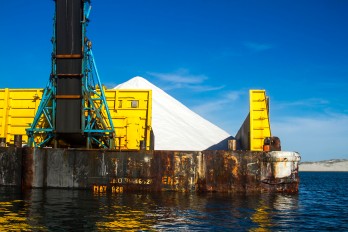